Inclusive Education: The Case for Equity in Systemic Reform

Expanding Our Understanding of Inclusive Education: The Case for Equity in Systemic Reform

In the review of "Ability, Equity, and Culture; Sustaining Inclusive Urban Education Reform", I indicated that "a sustainable, scalable, successful systemic educational reform is attainable, provided that all stakeholders are committed to cultural responsivity and inclusivity for all students. In order to achieve this goal, reform needs to combat discrimination based on socially constructed notions of difference, such as gender, race, ethnicity, ability, class, and sexual orientation" (Fallah et al., 2018).

Most people concerned with the state of education in the United States would agree that our schools are failing a large portion of the culturally and linguistically diverse, socio-economically disadvantaged, minority and immigrant students, as well as students with disabilities.  There is a pronounced and pervasive achievement gap between English Language Learners and non-ELL students, for example.  The latest data from the Nation’s Report Card shows that “only 3 to 4 percent of ELL eighth graders [are] demonstrating proficiency in math or reading” (National Education Association (NEA), 2015, p. 3).  The graduation rate for ELLs is also substantially below the national average at only 61.1 percent compared to 8.4 percent (NEA, 2015).  The date on students with disabilities are also deeply troubling.  Consider the U.S. Department of Education’s four-year high school graduation rate data for the 2010-2011 school year, which showed that students with disabilities in California graduated at a rate of 59%, while the overall graduation rate of California’s students was 76% (Stetser & Stillwell, 2014, p. 7). Some of these lower-performing students deal with multiple forms of “otherness”, and are therefore, multiply-marginalized.

Despite legal mandates, such as the Individuals with Disabilities Education Act (IDEA), which require equal opportunity to students of all abilities, we continue to struggle with issues of equity in education.  The disparity in access to resources and educational support has a striking impact on the future of these students. For example, quality education facilitates social and economic mobility.  When this is out of reach for many students in poor urban communities, a large portion of the population will continue to experience staggering levels of economic, political, and social inequality. Consider the fact that “[d]ropouts suffer higher rates of unemployment, poverty, incarceration, depression…” (Faircloth, Toldson, & Lucio, 2014, p. v).

The reaction to these significant educational issues has been to advocate for a variety of reform efforts. Some, such as The No Child Left Behind Act of 2001 (NCLB), was billed as a direct response to the staggering achievement gaps between dominantly situated students and those at the margins.  Educational scholars and activists, such as Jonathan Kozol and Diane Ravitch, have written scathing reviews of these reform efforts.  According to these advocates, most reform initiatives have continued the trend of serving some, rather than all, students. Touting “parental choice”, “accountability”, and “autonomy from bureaucracy”, reformers have ultimately pushed for policies that have led to high-stakes testing without the adequate support schools and educators need to reach and lift up the most vulnerable students.  On the other hand, smaller and more locally focused reform efforts that actually showed promising results were not easily scalable and sustainable due to a lack of structural support (Ravitch, 2010).  Students who are performing poorly simply continue to fall behind.  More disturbingly, in the last two decades, many change initiatives have led to a corporate model in managing education.  Consequently, stakeholders are not as deeply connected and invested in the local public schools (Ravitch, 2010).  Rather than serve the poor, minority, and low performing students with disabilities, many reform initiatives have simply led to more exclusionary practices.

If the goal of systemic reform is to improve education for all students, then a critical analysis of how educators are responding to diversity among students need to take place.  While each book focuses on unique aspects of systemic reform and challenges faced by educational leaders, the overall project of both books is to guide practitioners and policy makers towards a more equitable education system; one that works to actively undermine explicit and implicit forms of ableism, racism, sexism, and other forms of exclusionary practices. 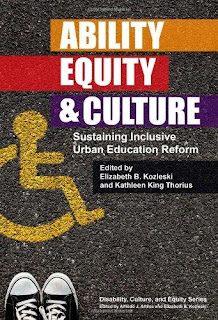 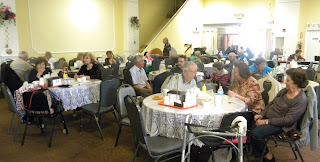 will provide the Consultation Services in the following phases:

Development of the policy and Procedures of the facility,

Development of all the required Forms, Consulting on the floor plan and review the plan with the owner,

Contacting the Department of Aging,

Development of an Employee Manual,

and Development a Meal plan

Inspection of the facility,

and Consultant on the necessary equipment and supplies

(License is being issued) Operational Consultation:

During the first two months of the operation having a biweekly visit to assist over all management and key staff training,

Post Operational Services Any ongoing Consultation Services during this phase is based on the minimum consultation rate indicating on the following  Sections.

Any specialized Services (i.e. legal services, financial service, immigration services, SBA Loans; small-business loans, government fees, etc) will be referred out and the customer will make a separate contract or separate arrangement during the process of the obtaining the license for ADHC plan

6 Back to School Tips for Families Start the School Year Right (123homeschool4me.com)

There is always a question on how can we socially stimulate a groups of students or elderly.

We start with how to teach about getting  peer support and interpersonal skills through a fun socially stimulating activity. In this activity you can ask participants to construct potential "icebreakers."  Icebreakers are usually 3-5 minute introductory games designed to warm up the atmosphere and teach the attendees to feel more comfortable around other people.

Seems to be no brainer, but sometimes, this small step is missing and people get uncomfortable in the session. 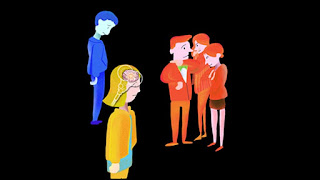 A problem Solved with paving an extra mile

For a while I realized that some of my clients do not engage, they lost in their mind, they don't like some of the center's activities. I felt so bad, I used every way possible, checking on them often, asked staff to engage them, but not much of a result. I looked, searched and talked to a few professionals out of the the office. I found Alzheimer's association in LA. I contacted them, we had some back and forth. I paid for the program they had, : Memories in the Making". Result was increasable. Many of them participated. And after family consents, we participated their art in Santa Monica art exhibition. One of the art by our client sold for 300. You can imagine the rest of the story............ 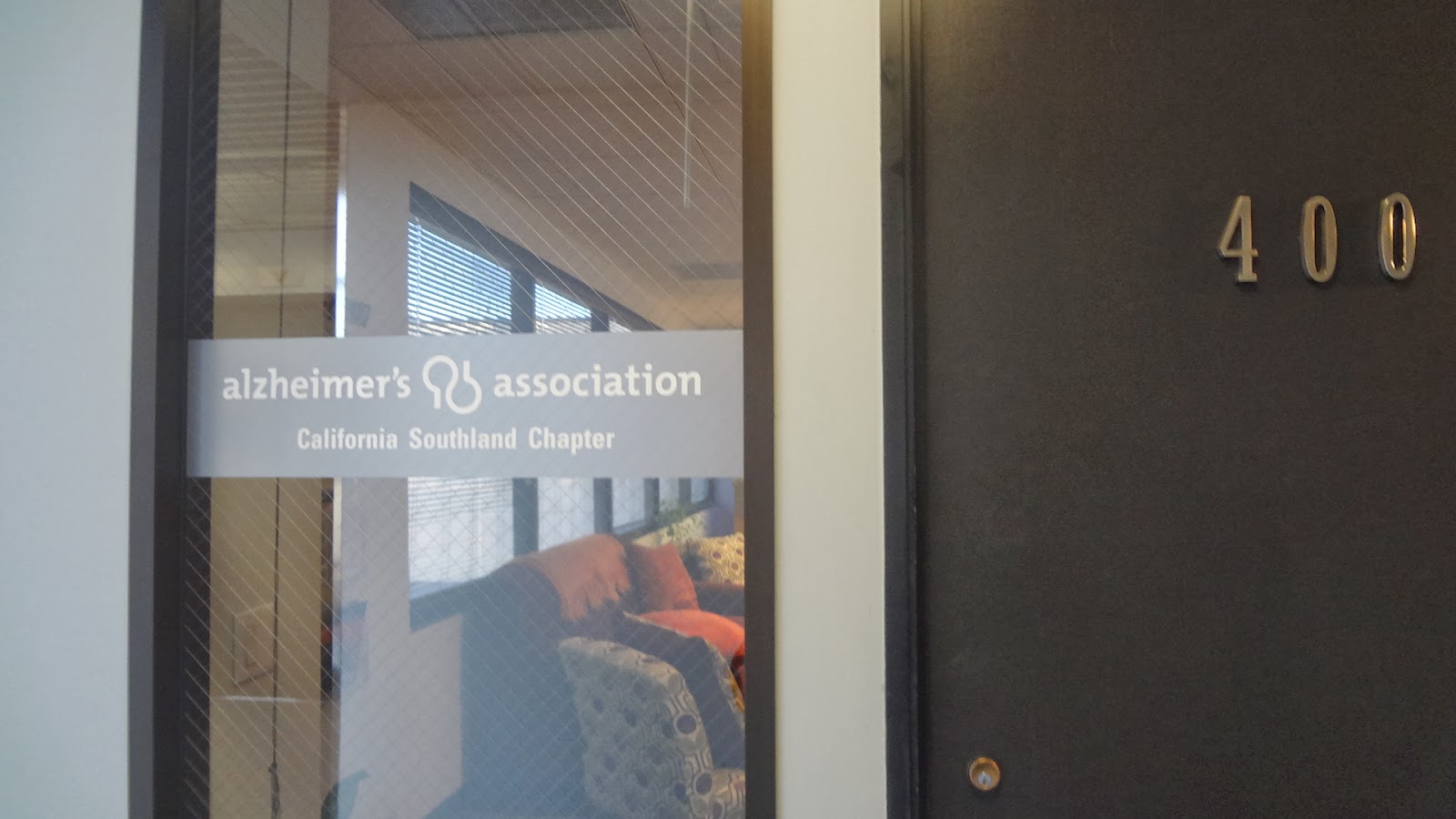 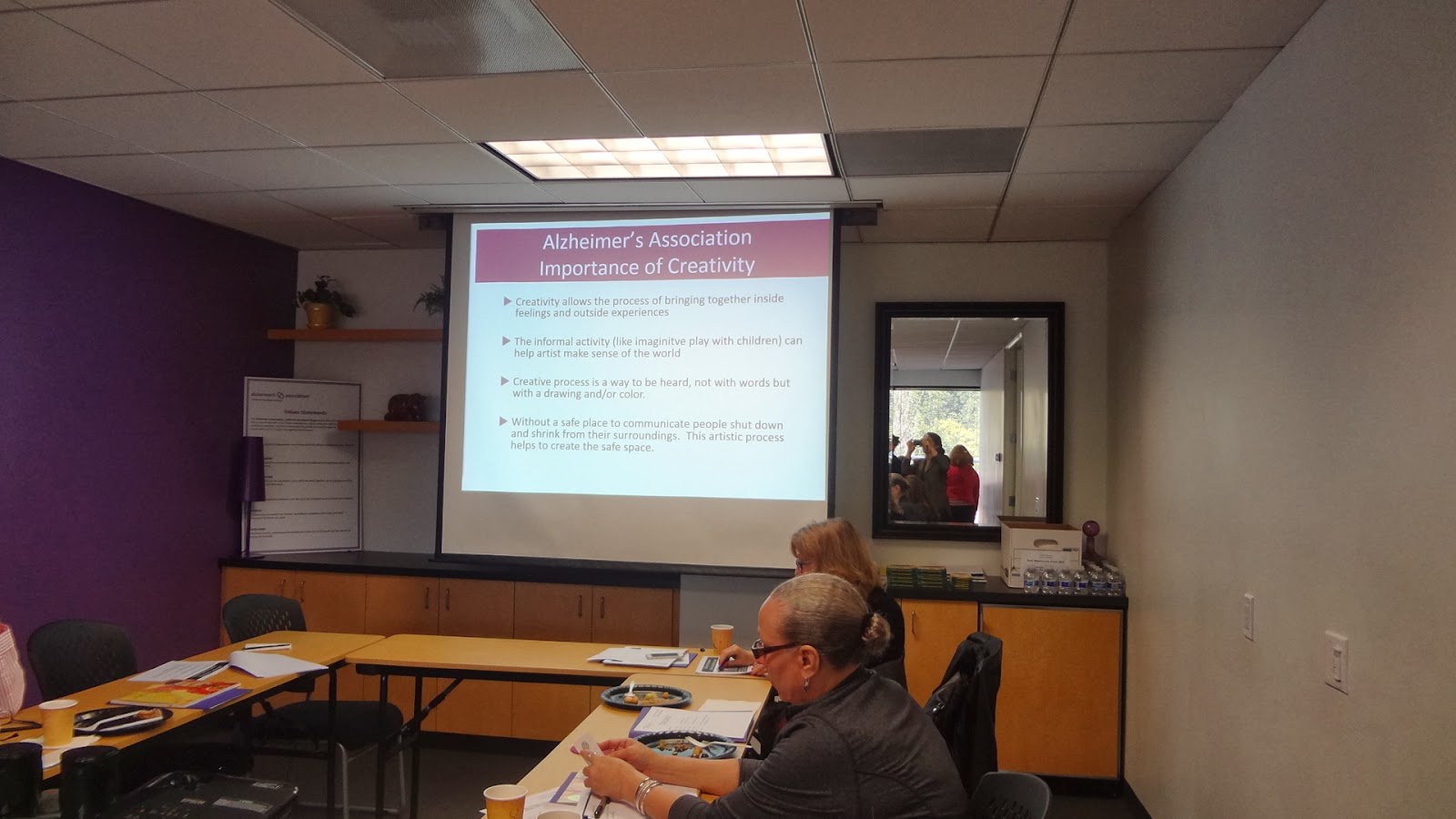 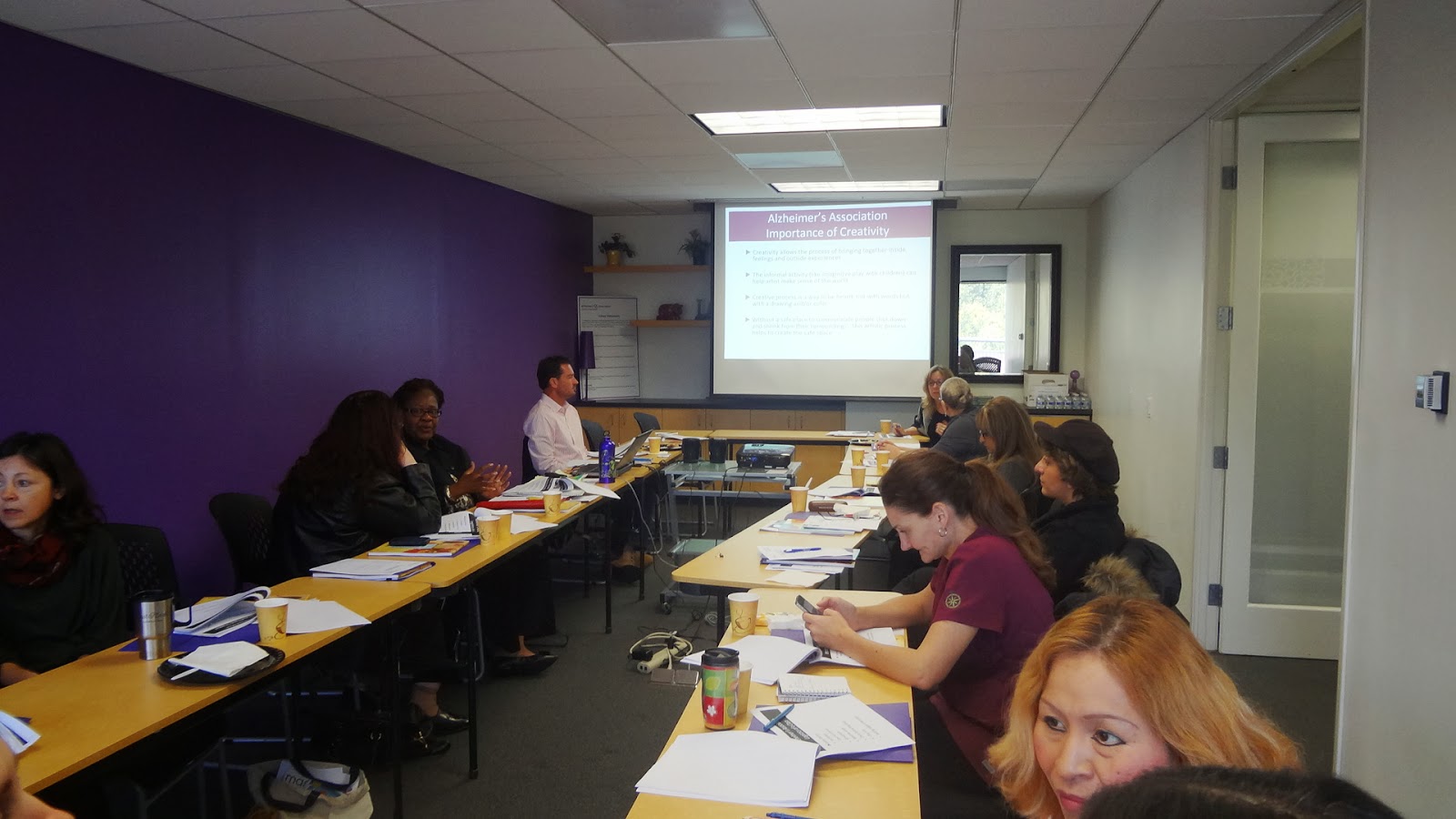 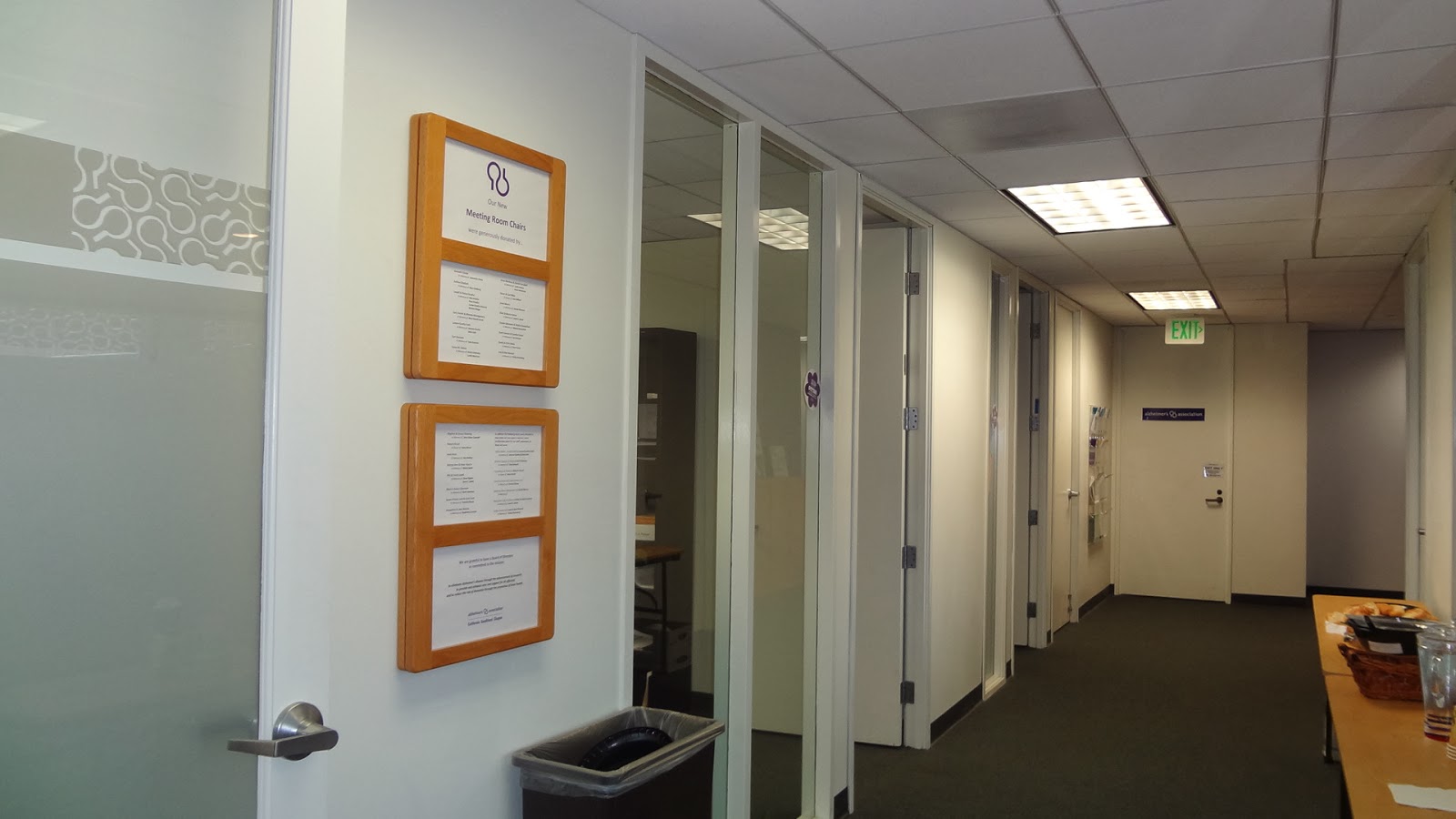 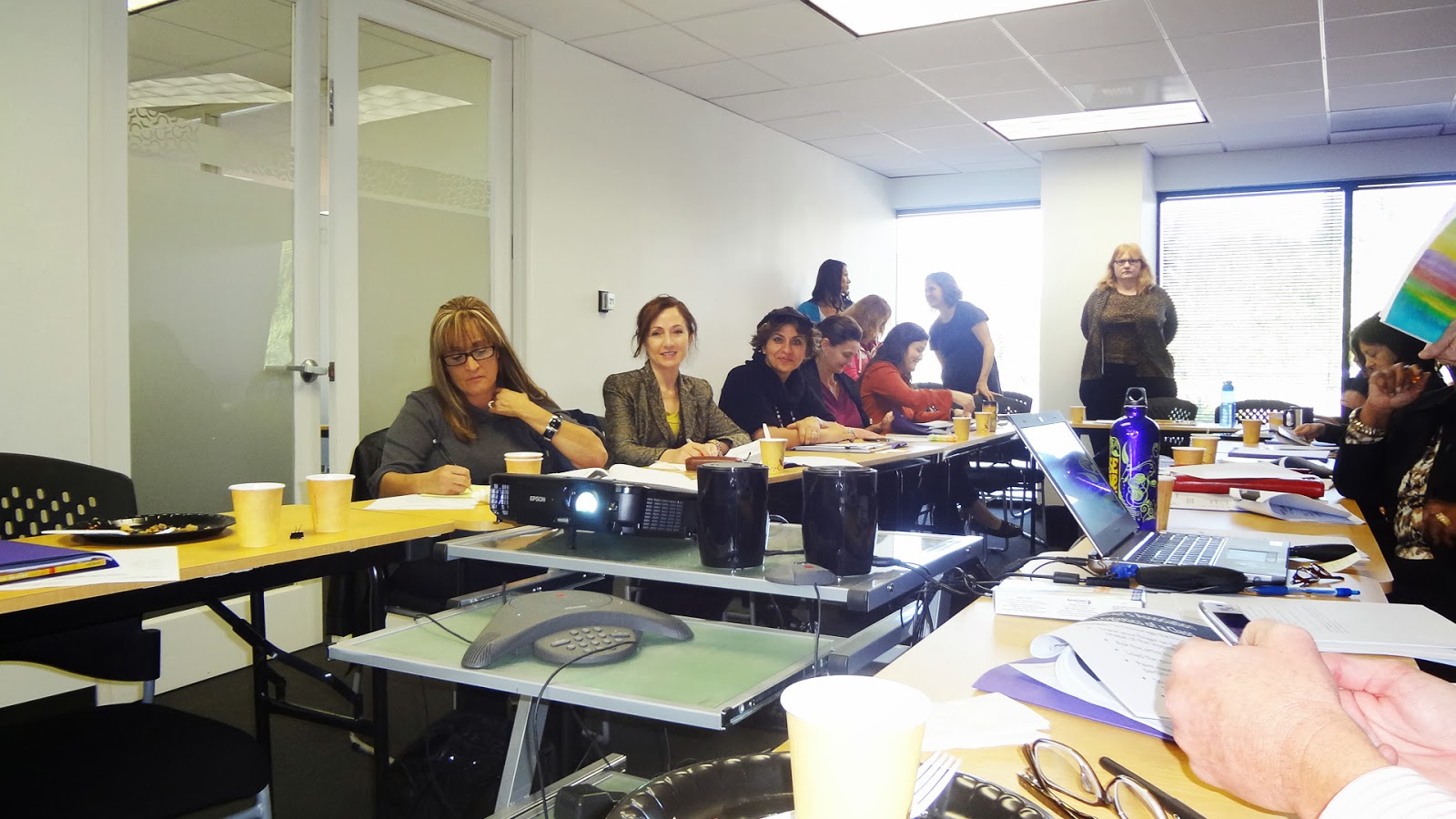 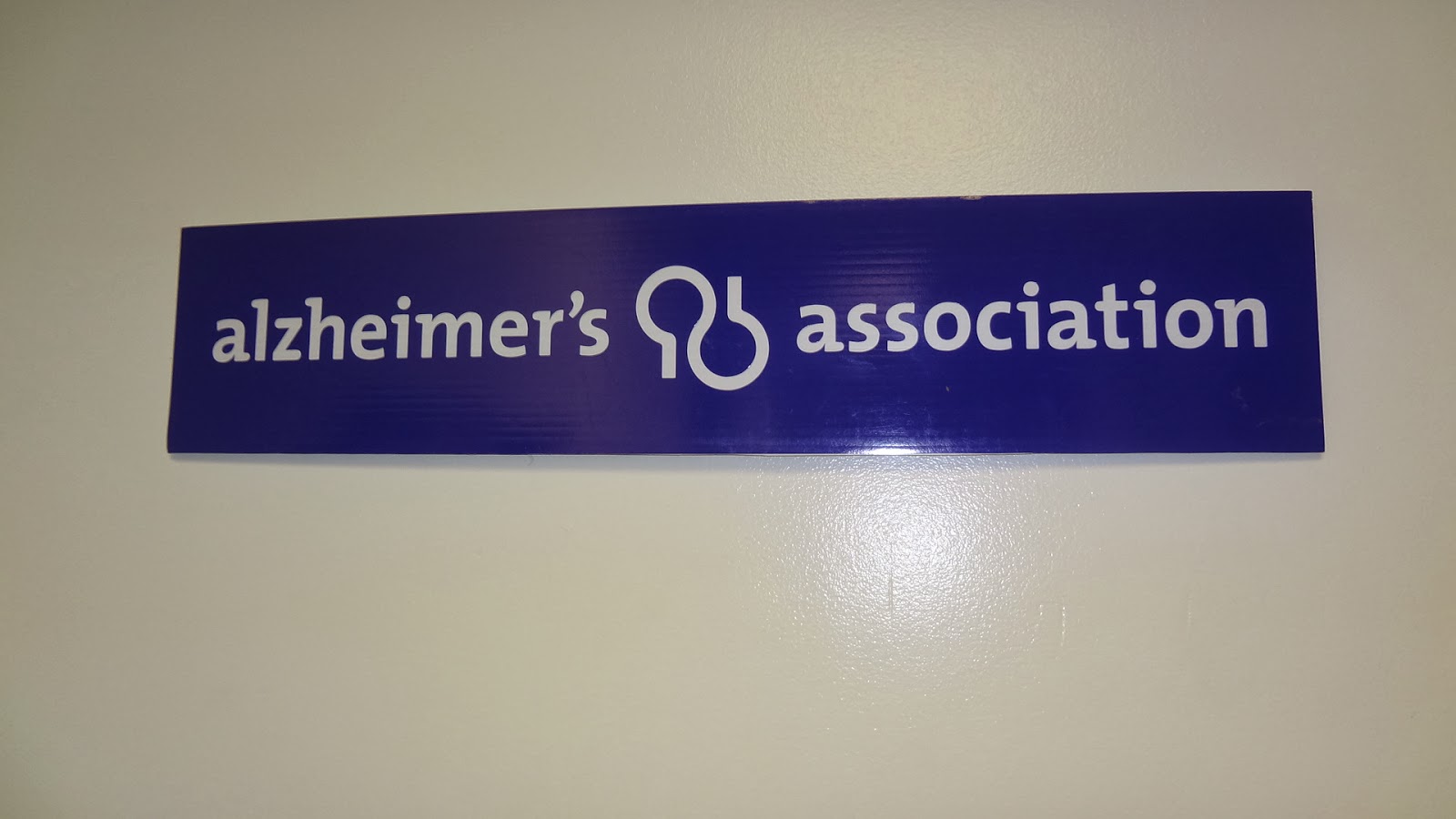 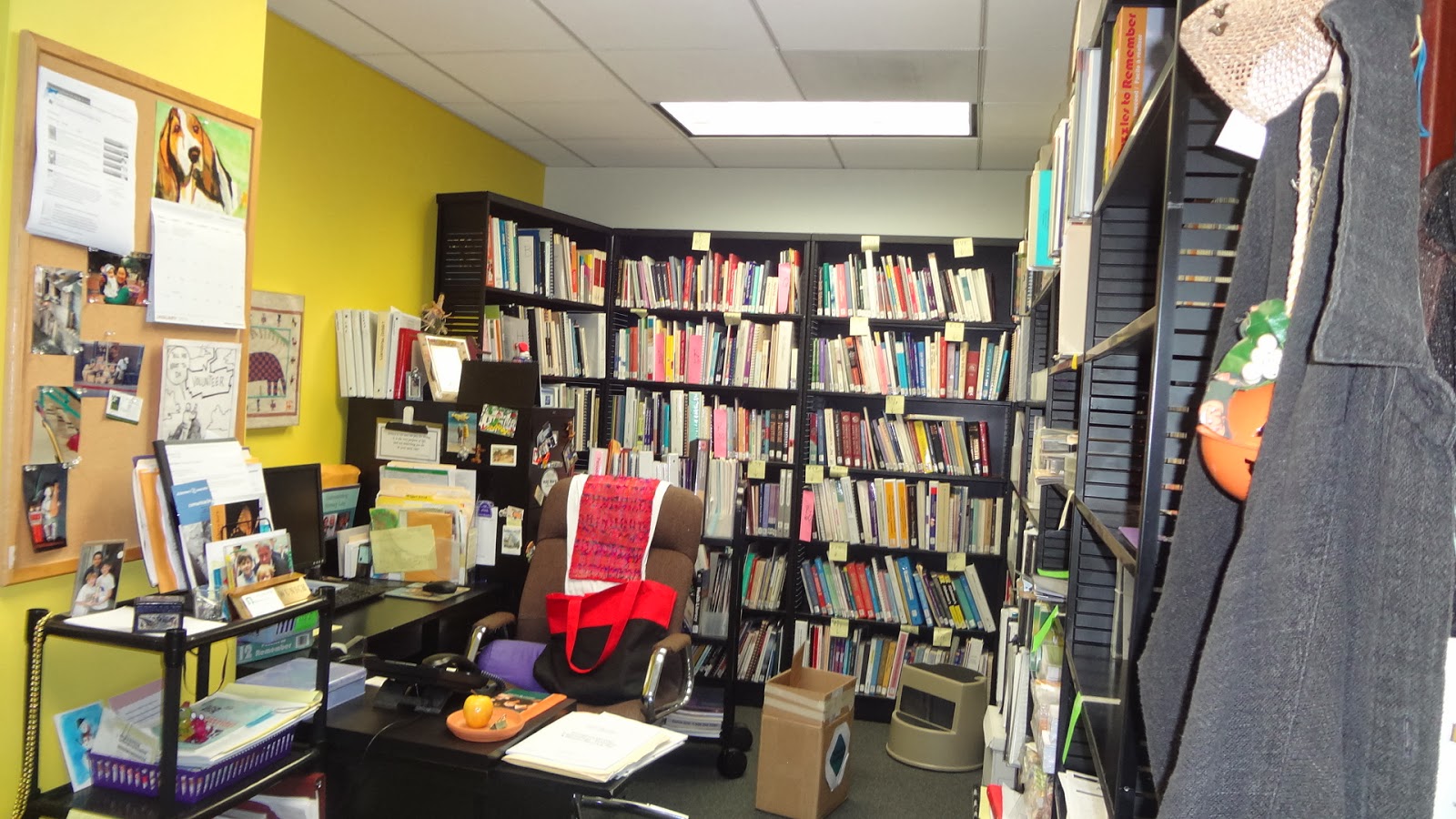 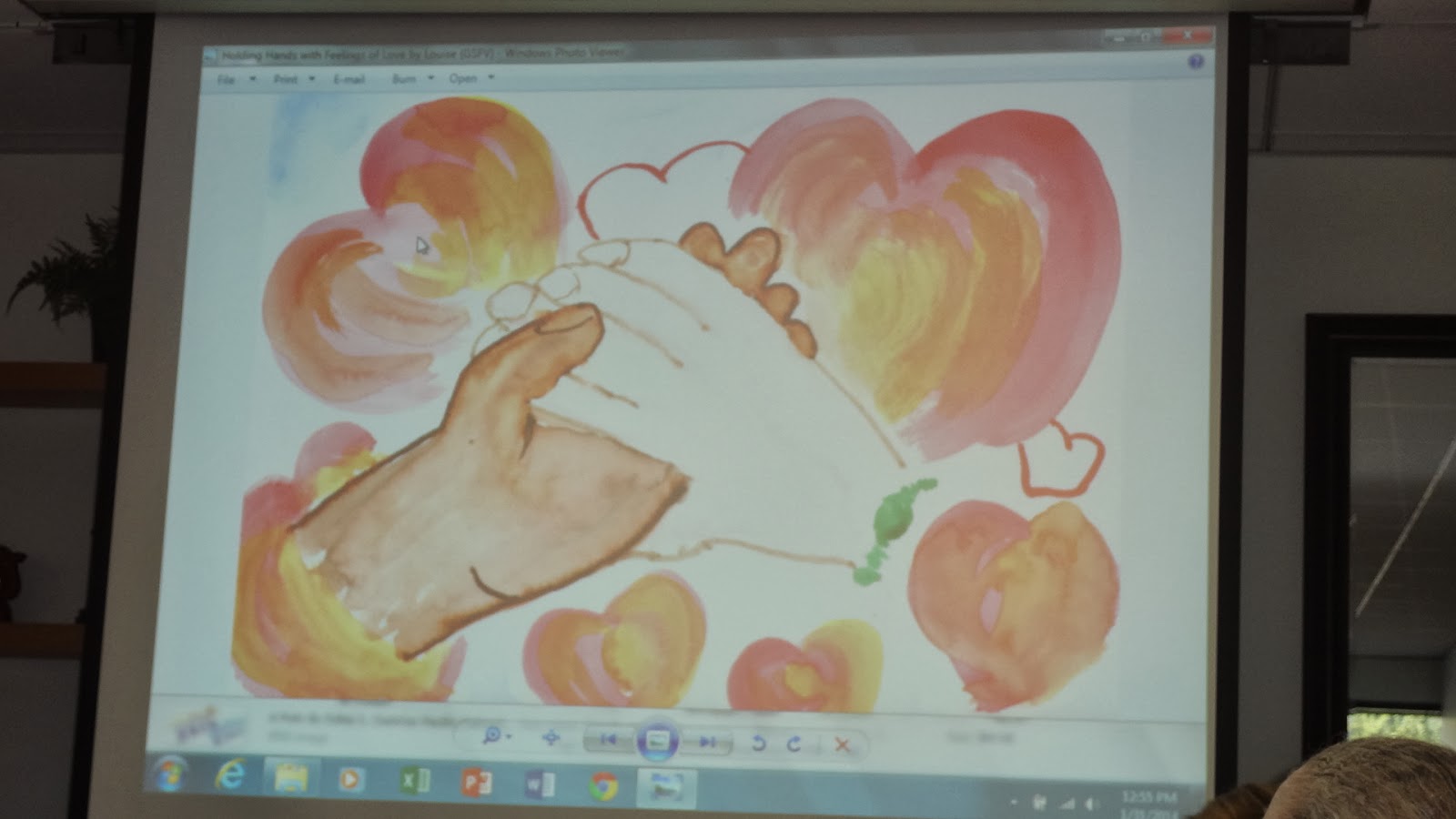 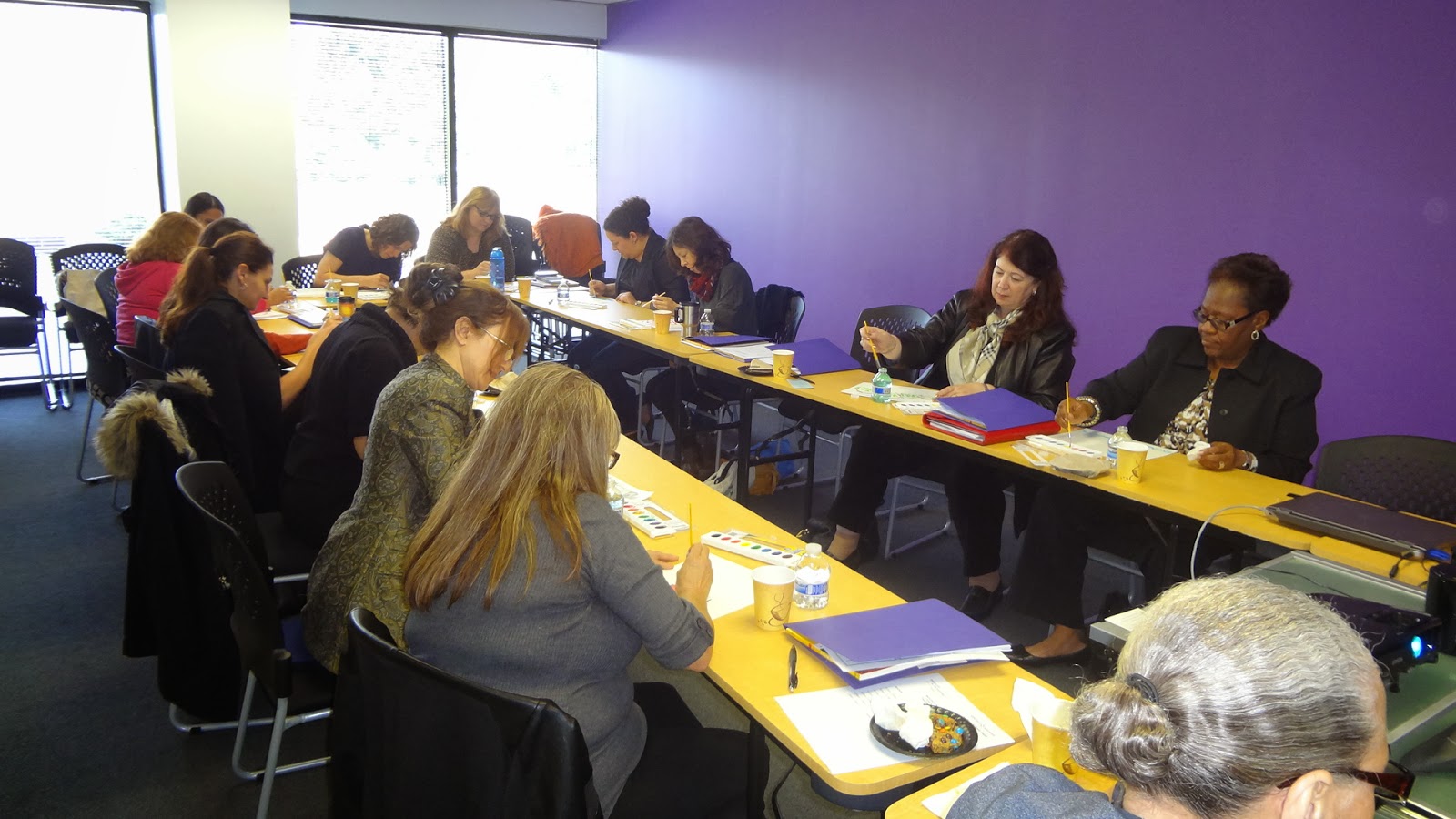 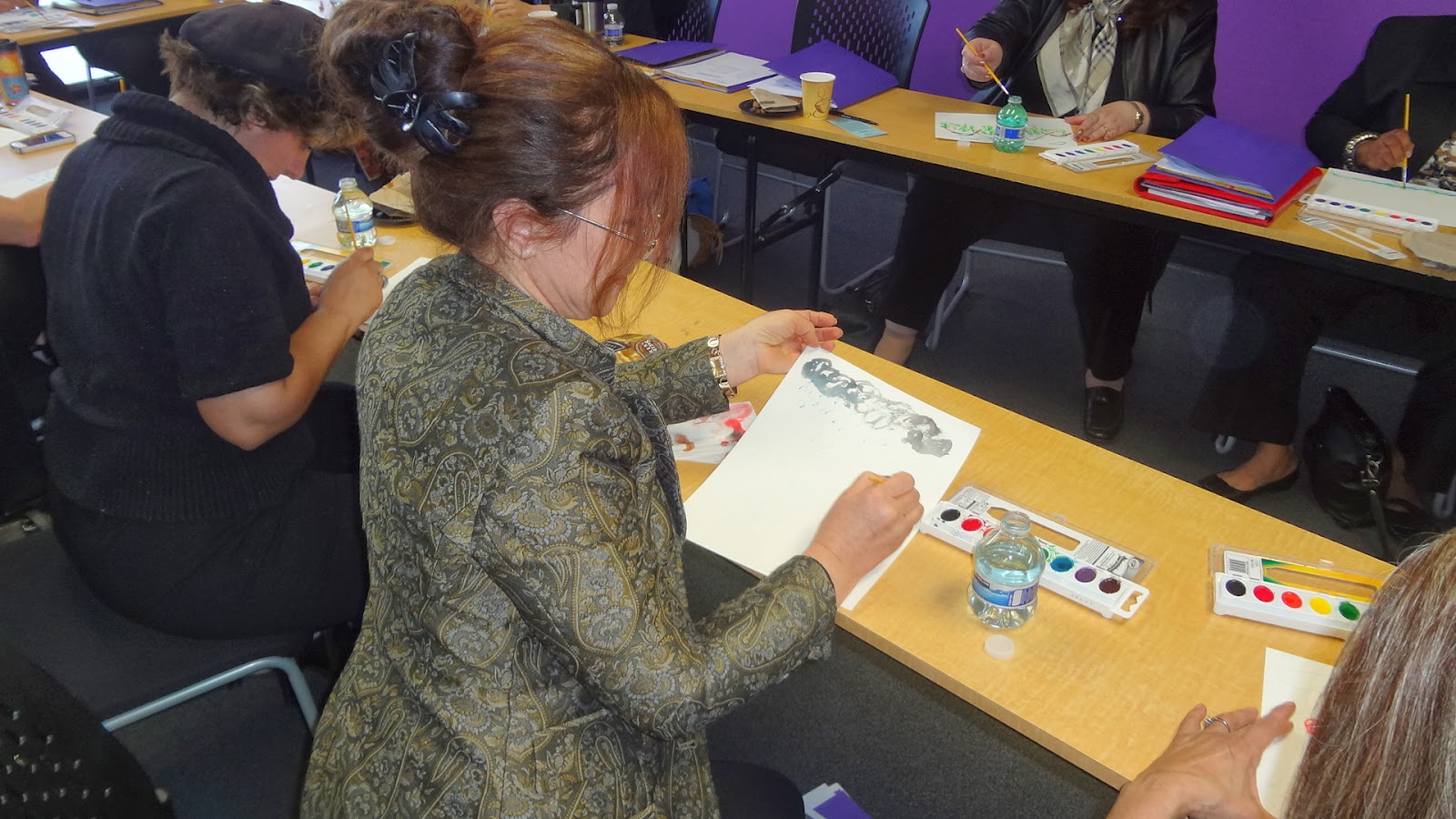 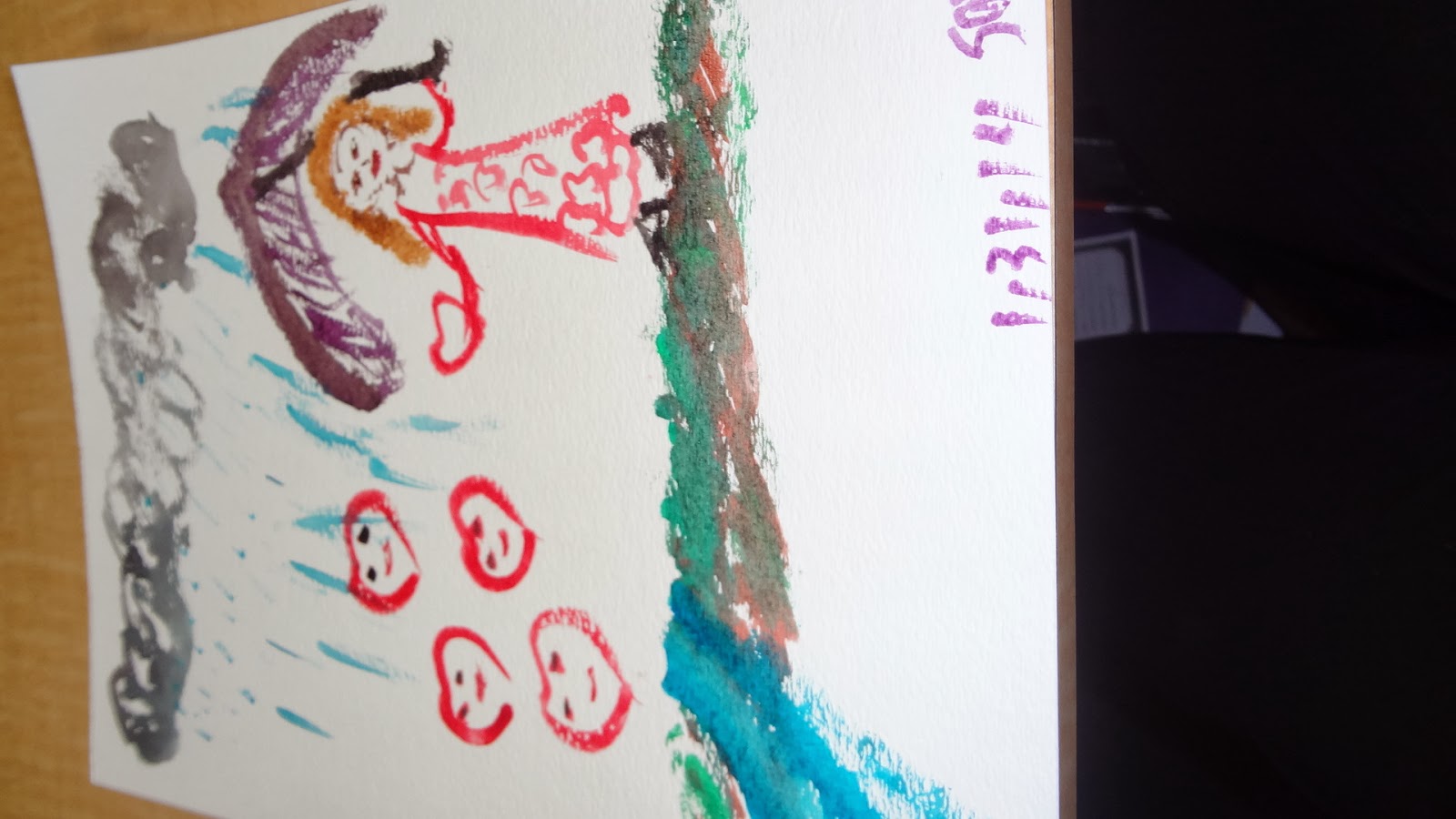 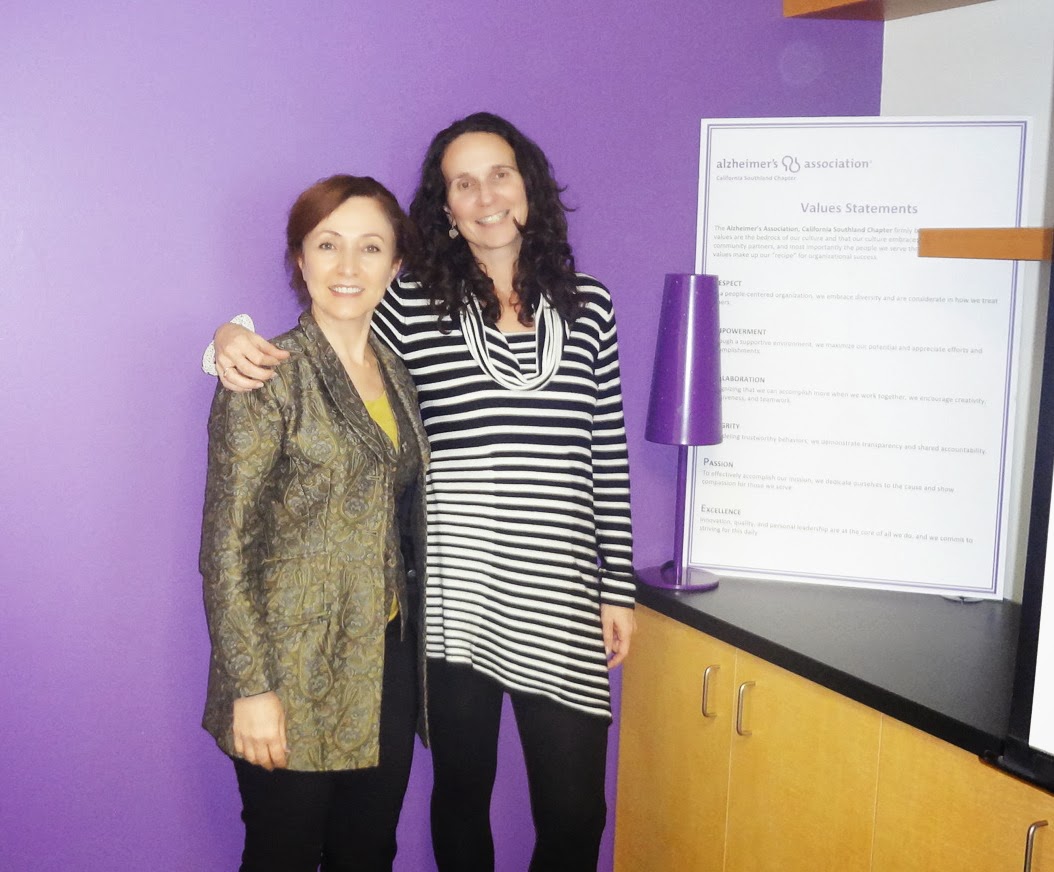 I was able to set a wonderful meeting and presentation by SAAC 5    Los Angeles County Mental Health Commission September 26, 2014. This kinds of Collaborative work is needed to help our community and individuals who are in need. Our center Olympus hosted the event.

The following minute is directly from LAcounty.gov

SAAC 5 Report for the   Los Angeles County Mental Health Commission September 26, 2014 From Celinda Jungheim and Karen Macedonio, Co‐Chairs Although SAAC‐5 did not hold a meeting in August we have continued our planning for a Legislative Breakfast in November that will be co‐sponsored, and planned, with SAAC‐6.  Lisa Reuda from Junior Blind (in SAAC 6) has been very helpful.  They have offered their site as our venue and have also stepped up to make the contacts with our primary legislators, Holly Mitchells, California State Senator, and California State Assemblyman, Sebastian Ridley‐ Thomas.  A committee has been formed to plan the program and handle other details of the event. Our September SAAC meeting will have three presentations.  The first will be by our host agency, Olympus CBAS and presented by Soraya Fallah.  The second will be Luana Murphy and Kathy Shoemaker from Exodus Recovery.  They will talk about the recent closures of the Culver City Urgent Care Center and their plans to re‐open as soon as possible.  They will also present some data indicating the value of the services provided by the UCCs.  Our third presentation will be by Tina Segura of Mental Health Advocacy Services. We are also discussing the feasibility of a training by Celia Falicov who specializes in cultural competency with a concentration on immigrants and inter‐generational communications.  Although the SAAC Steering Committee (we have changed the name from Executive Committee to Steering Committee because of confusion with the Executive Providers meeting) wants to explore having this training it will be at considerable expense for our SAAC so we want a discussion with the full SAAC.  We will explore ways to help cover the expenses. At the Westside Mental Health Network Meeting on October 8th we will have a presentation from Kathleen Kerrigan about the DMH Health Neighborhood plan. We have two current concerns.  The Exodus Recovery Urgent Care Center in Culver City had to close quite suddenly.  This valuable service is of great benefit to our Service Area.  We know that Exodus Recovery is working diligently to find a new location.  We will assist with any support that is needed. Our second concern is the threat of losing The Manor, a 152 bed board and care.  Other board and cares have closed in the area because they just aren’t sustainable at the amount owners are able to charge.  We are looking at ways funding may be increased in order to keep these beds available.

I have a range of experiences working  with a diverse group of people with variety of needs from a culturally humble strength –based perspective. I learned the best way to help them their need to be met.

How you can become a humble strength-base person?

Put your action and words under self examination or investigation, put aside plenty of time for journaling a self-reflection, if you become a lifelong learner, you will learn from others. Finally know that you might make a mistake, do critiquing.

Inclusive Education: The Case for Equity in Systemic Reform

Expanding Our Understanding of Inclusive Education:  The Case for Equity in Systemic Reform     In the r eview of "Ability, Equity, ...